Scafell Pike is the tallest peak in England, and for us, the final mountain in the Three Peaks Challenge. This peak was a great hike for a lot of reasons, though it is the lowest and shortest of the three hikes.

Scafell Pike is thus named because it was originally thought to be the second tallest peak in England, next to Scafell, which stands directly east. After the ordinance survey, it was discovered that the not yet named peak to the west was actually 10 feet taller, and it was therefore given the name Scafell Pike. The mountain is located in the fells (mountains) of Englands Lake district, an incredibly beautiful part of the country. 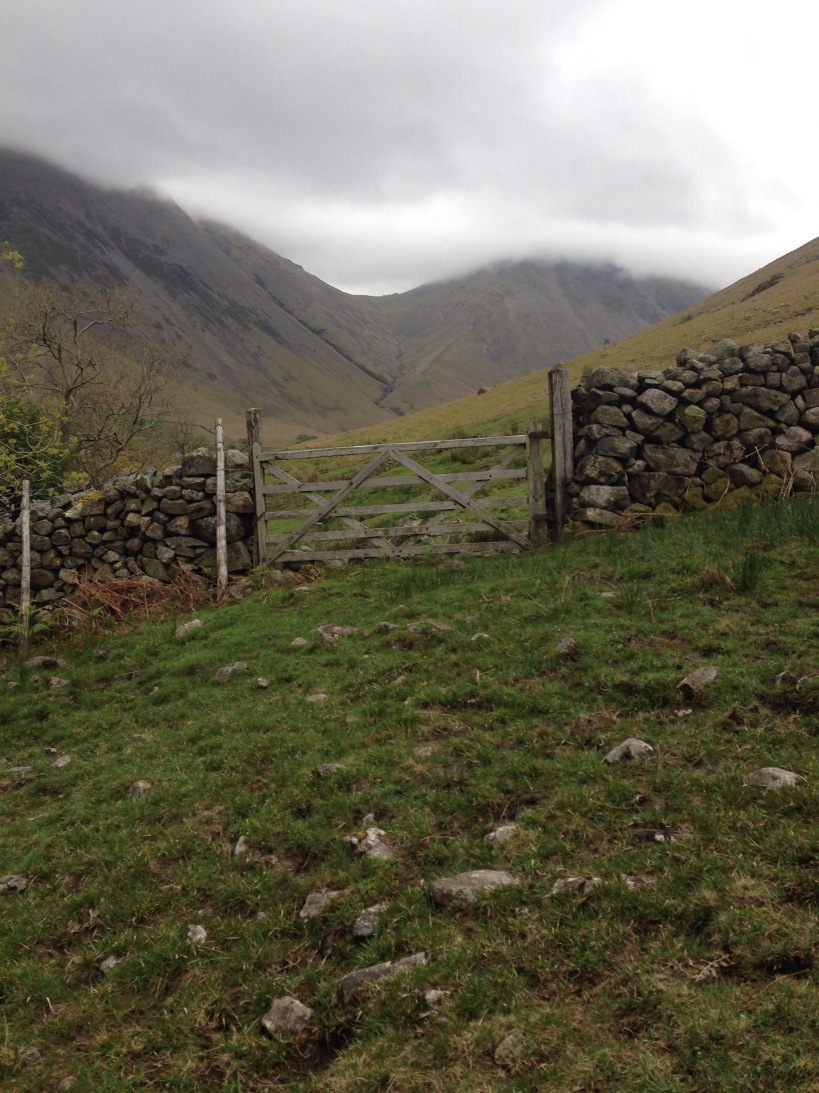 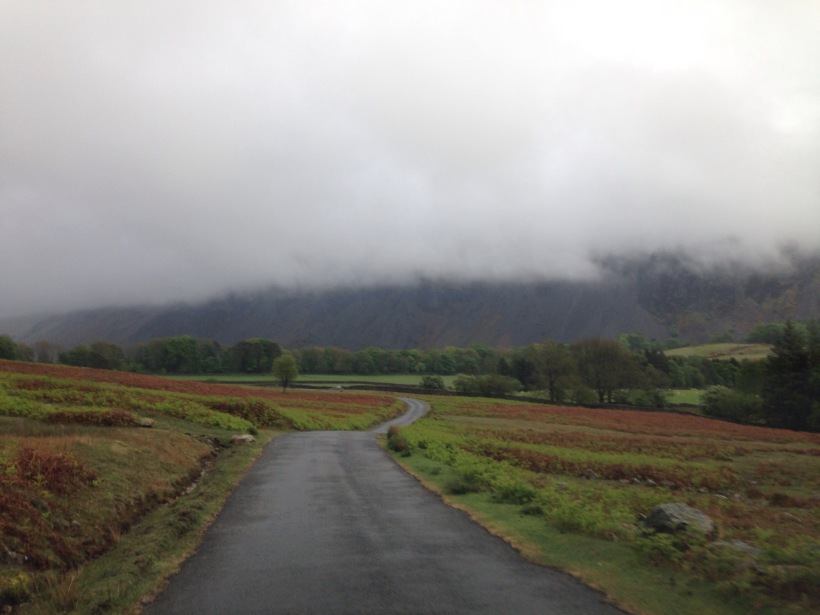 We summited Scafell Pike two days after our summit of Ben Nevis, so we were quite sore, but feeling optimistic. Our wonderful friends Bert and Erin Carlstrom took a train to Penrith, and we picked them up there before heading to a campsite in the Lakes. It has been inexpressibly comforting to be able to see the two of them every few weeks, and even though we keep thinking that we wont see them again while on this trip, we always do!

Our night squished into the little tent was stormy, though warm enough with all four of us. We started our day with a search for coffee, which we almost gave up on, but in the end, succeeded. The trail started in sheep fields full of newborn lambs, enough people must walk past them that they werent even scared. From there the trail became steadily more steep, but we were feeling confident. 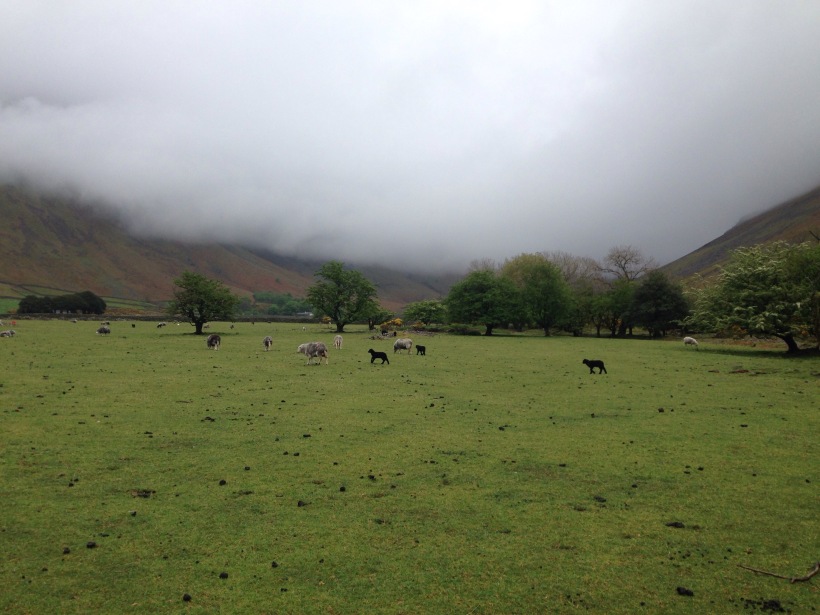 The mist descended within the first two miles, and the false summits started. We often thought we could see the outline of the summit, just to reach the top and find that it kept going up. Certain members of our party (who wished to remain unnamed) continually tried to convince the rest of us that we had already reached the summit cairn, but as certain other people continually argued, if there is more up, there is more mountain! 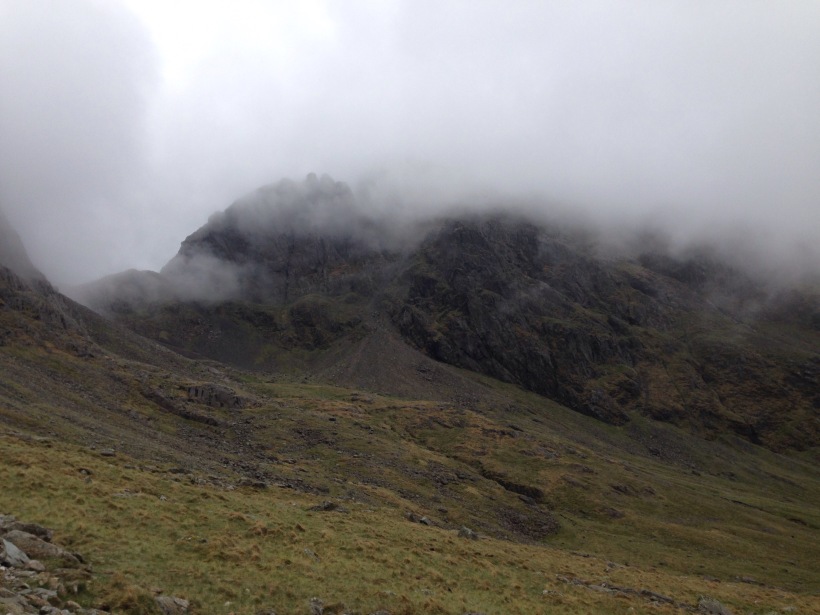 Reaching the summit was a great feeling, all the more so because Tyler and I had found some medals in a gift shop that say “3 Peaks Challenge” and we had bought some champagne for the occasion. We had Bert take pictures and Erin give us the medals, which I realize sounds silly, and it was. 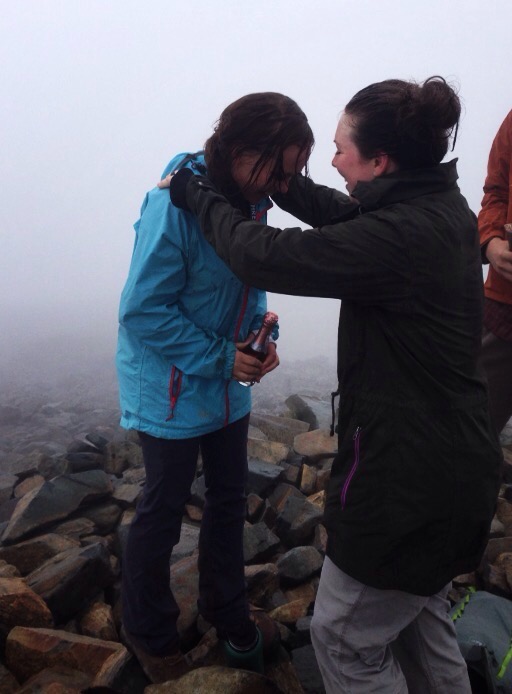 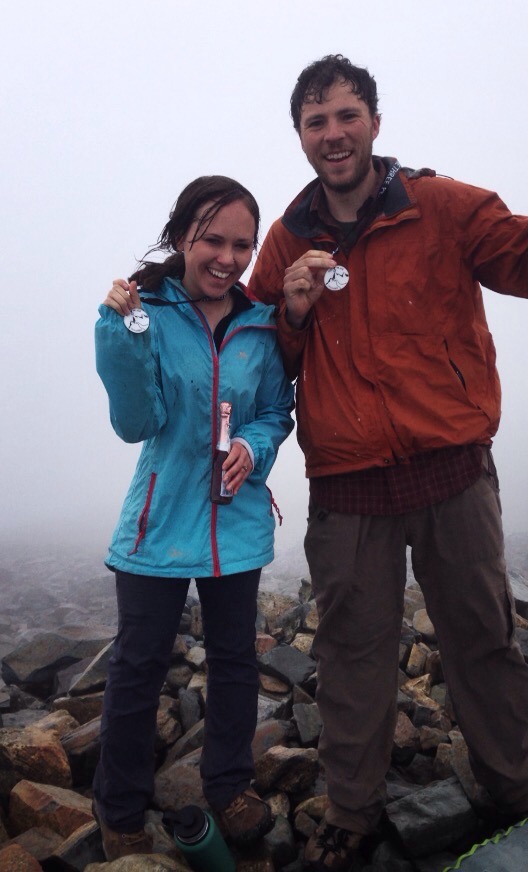 The hike back was full of laughter and Harry Potter games and trivia, because Bert and Erin are just as cool as we are. 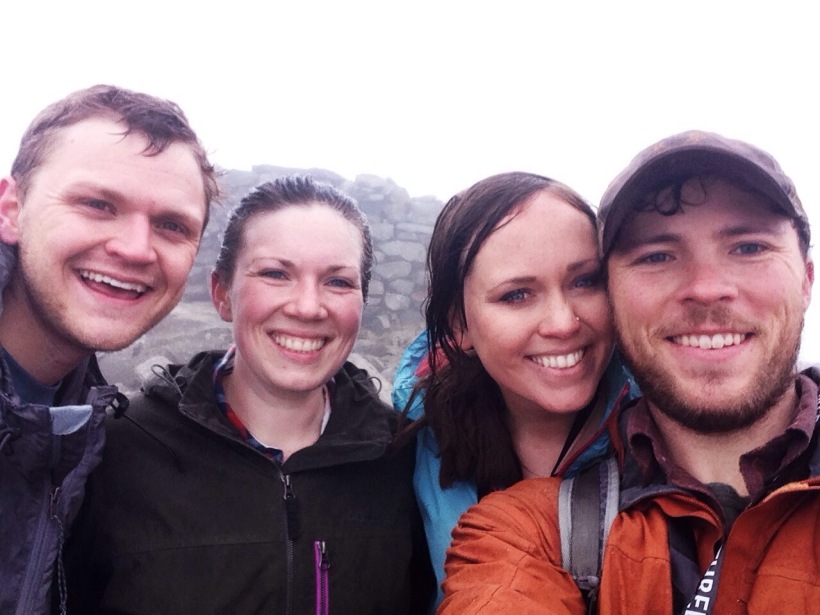 The hike was amazingly beautiful, but my favorite part was sharing it with people I love, that we will never actually say goodbye to.

The Three Peaks Challenge was amazing, and were really proud of ourselves for finishing it. 26 miles of hiking, and over 9,800 feet of elevation gained. We definitely earned our whisky that night!