Its not a secret that we laugh a lot here. Most days my voice cracks when I talk, and my laugh sounds more like the bark of a seal, or a fog-horn (just for you Bess). But this week was especially hilarious. Carolyn was in Oslo visiting friends, and Roger had gone to Stavanger for work, so it was just “us kids” at the farm. I should mention that we are all between the ages of 25 and 38. We got a surprising amount of work done though, as we didnt get the rain and terrible weather we were promised. Its been a little something like this actually.

It has warmed up so much, in fact, that we were able to finish creating the raspberry field! This was a huge accomplishment, as Roger didnt think we would even be able to start it this year. Here’s a picture of the final product. 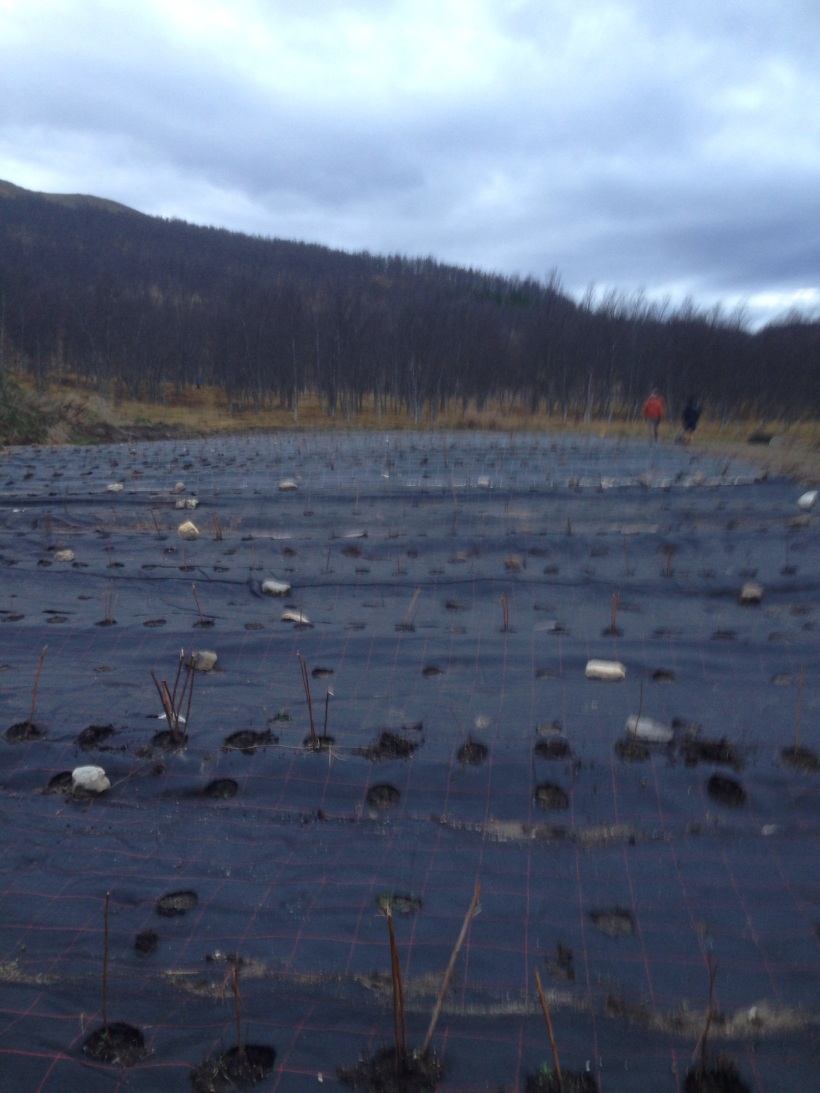 The laughter this week was exceptional. Our group consisted of Tyler, myself, Matteo from Italy, Pierre from France, and Carole from Switzerland. We understandably have a lot of funny language barriers, and it brings us endless delight to talk about our differences in language and culture. My favorite this week was when Matteo was telling me about a movement in Italy in the 90’s called “Be Unique”. With the way he said it though, it took me a while to realize that he had not said “Be Eunuch”.

We also had some wonderful light shows, and Matteo had a brilliant idea of how to video the northern lights, as you cant just film it the normal way. His idea was to take a series of photos right in a row and then complie them into a sort of fast-moving flip book. The crazy thing is that it takes 25 photos to make one second of film, so on our first try we had a 2.5 second movie that took us 35 minutes to make.  But we were able to slow it down a little, and here is the result! We’re really excited about this, and I’m sure youre going to be seeing a lot more of these little movies.

Thats it for my weekly update!

2 thoughts on “A week of laughter.”