The storm came. To be honest, I thought it wouldnt. Or maybe it would, but it would only be a little storm.   It was 2 in the morning when the rain started and the wind started right after.

We leave our window open at night because the sound of the waves crashing is the most soothing thing in the world. The wind was changing the air pressure in the house and causing our bedroom door to rattle. Taka–taka–taka, on and on. This wouldn’t be worth a blog post, except that I had been having the strangest dream, and the sound caused by the moving door had worked itself into my subconsious mind.

Farm work as been extremely busy the last two weeks. We have two fields that need to be finished, we finished one yesterday, thank heavens. We have lots of orders coming in and that takes a lot of time and thought to prepare. But the biggest concern right now is the potato harvest. We have several large potato fields, each field has thousands of plants, each plant has about a dozen potatoes, and the frost is coming. already our harvest has shown signs of damage from the cold. For us that means a lot of work digging up potatoes, and a lot of work after the digging is done. 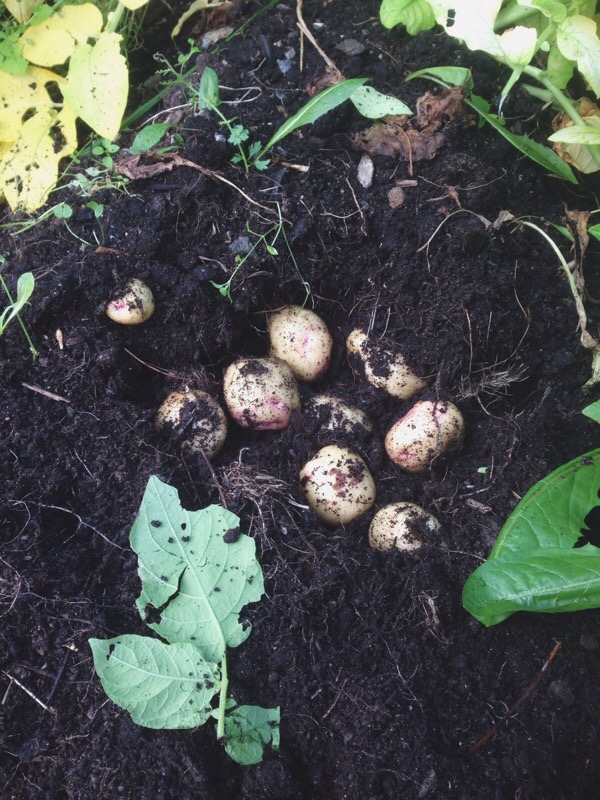 The potato field is high up on the hill at the base of the mountain. We push the wheelbarrow up to the top of the hill with all of our boxes and tools, and then spend hours sitting and digging in the dirt. Its going to be quite hard for me to get mad at Siyeh for digging again, its actually pretty fun. Once we harvest the potatoes we have to sort them. 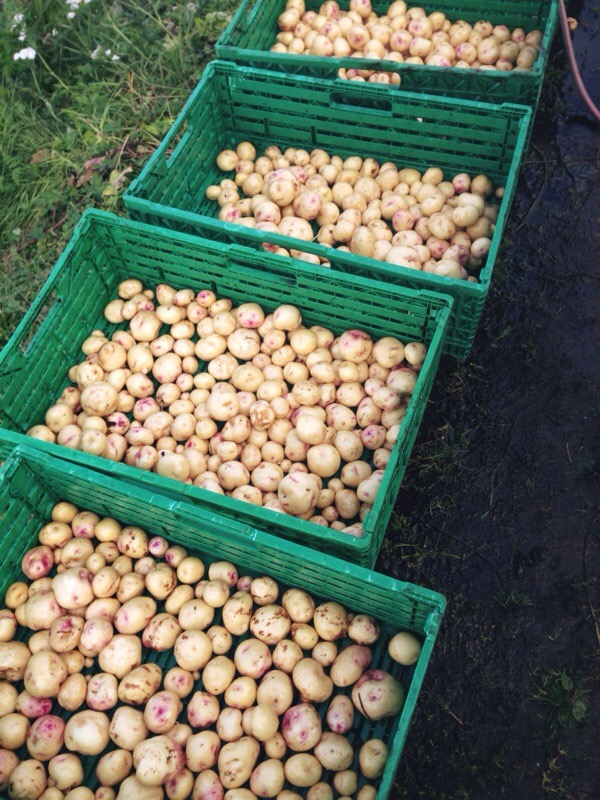 We have two types, golden-eye and almonds. But we have to sort them to get rid of any that have been damaged by cold or cut during picking. Then we have to sort them into sizes. we have 6 sizes for both types of potatoes; mini-mini (or “pea-tatoes” as I call them), mini, small, slightly larger, medium, and large. These are all sorted into these green boxes called ISO-6 boxes, and I spend so much time with them that I have officially started seeing them in my sleep. 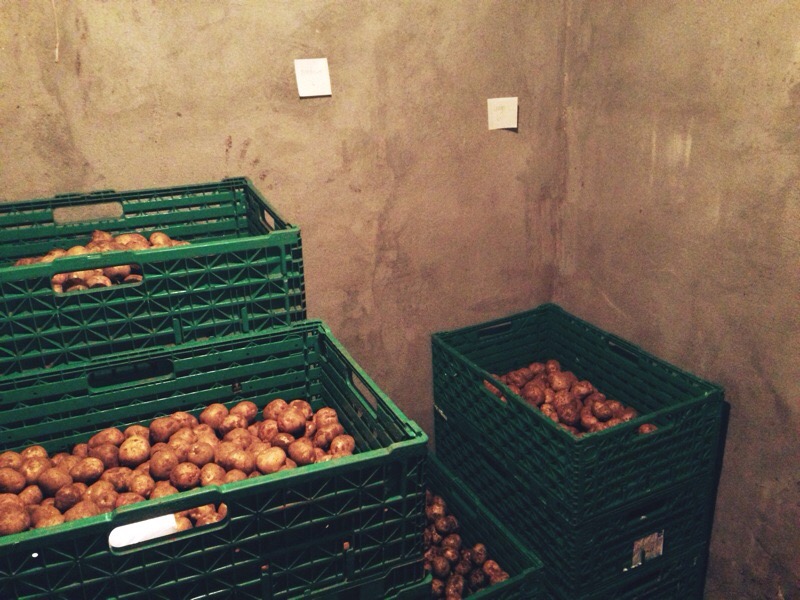 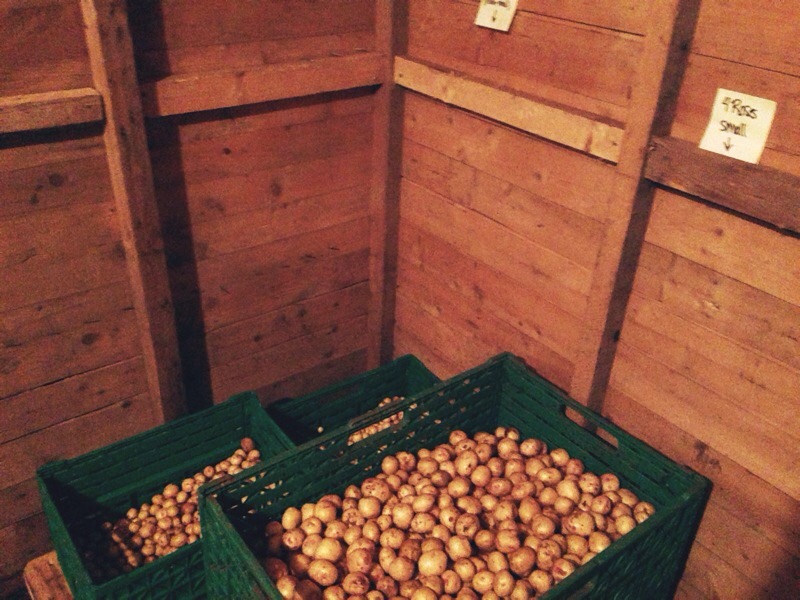 Last night while I slept, I had a dream that Tyler and I were laying exactly where we actually were but instead of sleeping, we were sorting potatoes. We were laying on our bed, surrounded by ISO-6 boxes, and sorting. At on point I looked at Tyler and said, “Maybe we shouldnt do this inside…” to which he replied, “We’re getting dirt everywhere.”

Occasionally during this dream, we would drop a couple potatoes onto the bedroom floor with a sharp