This is now the thrid post of this trip that centers around a mountain, and where the other two were equally terrifying and hilarious, Snowdon was nothing but peaceful.

Snowdon is the tallest peak in Wales, at 1,085 meters (3,560 ft), and it is the tallest point in the United Kingdom outside of the Scottish Highlands. That being said, we had to climb it.

We were told it was actually really difficult to get to the mountain in one day, if not totally impossible, just because of the bus and train schedules. But I managed a “hail-mary” type discovery the night before, and we were able to take a train and two perfectly seamless bus routes and made it to the mountain by 10 am. The mist was low on the mountain when we started, and as we have been climbing mountains for most of our lives, we both knew the chances were not great that it would clear up. 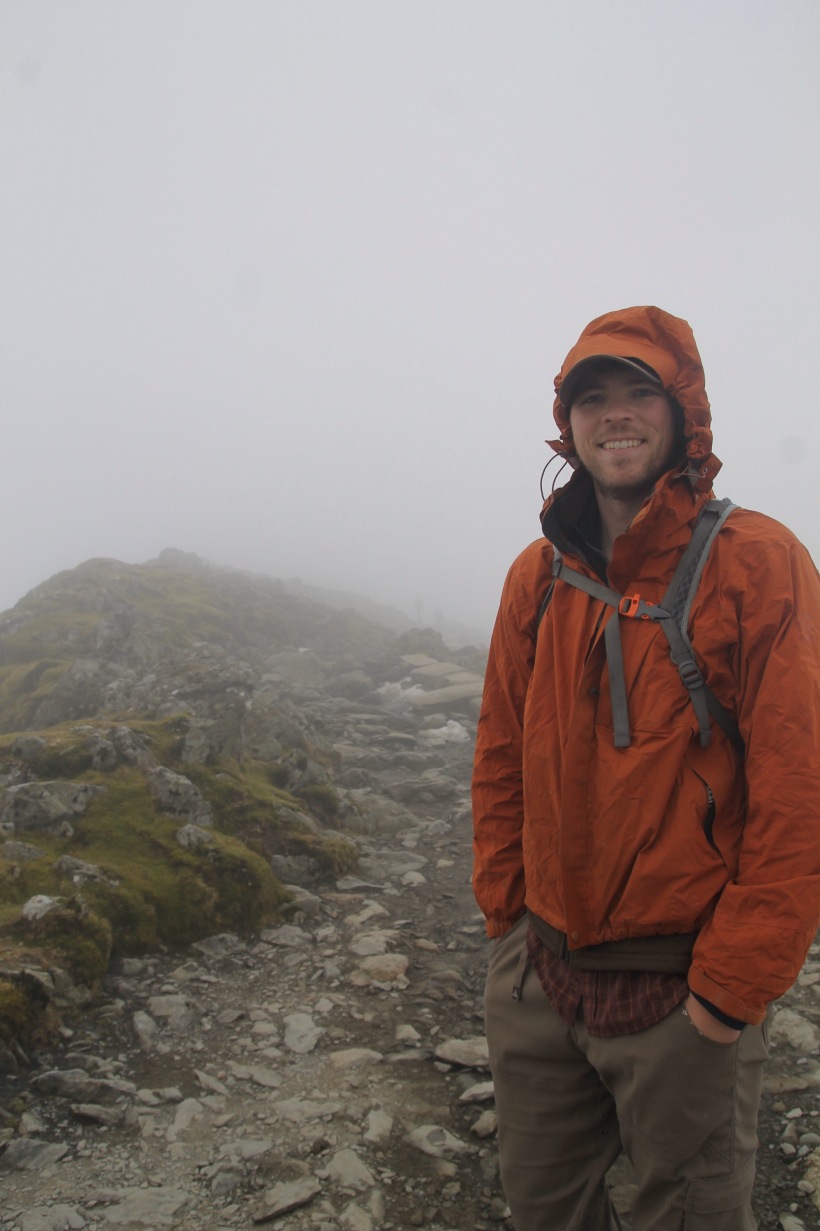 We were right. The mountain itself was not a terribly difficult climb, dont get me wrong, it was still a mountain. It seemed like the mist was on our side though, as we had really no idea how much farther we would have to climb. There are 6 different marked trails up Snowdon, and we had intentionally chosen the one known as “the quiet one”, which meant that we didnt see a soul all the way up. By the time we reached the summit, the trails had converged and there were about 50 people all waiting to take pictures of the capstone. 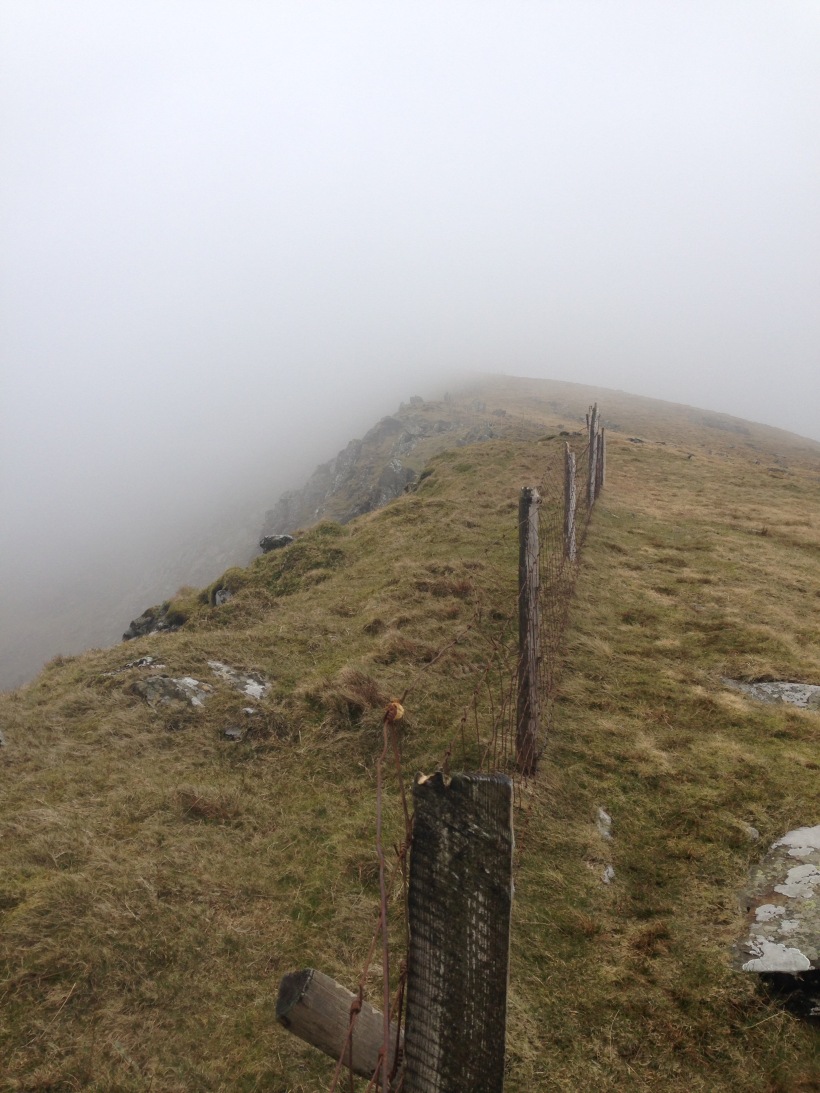 This peak may not have been the awful/funny experience of Ullstinden in Norway, but it had one feature that made it particularly memorable, especially for me. I haven’t had much reason to talk about this before now, but it seems like a good time to mention it. For the last two and a half years I have suffered from what I can only describe as extreme Sacro-illiac pain. Basically its the joint where your sacrum, the bottom of your spine, meets your hip bone. I wont bore you with all the details and hours of trying to figure out what was wrong, but just know that its the most debilitating pain I’ve ever felt.

The worst part isnt actually the pain though. Its the exhaustion of knowing that it doesnt ever end. Its nearly impossible to find a comfortable position standing, sitting, or laying. Stretching doesnt help, ice and heat dont help, and I swear, sometimes advil makes it worse. I’ve woken Tyler up more than once in the last few months crying because I cant sleep due to the pain. I feel lazy and slow, I have to sit out hikes and walks because I’m in too much pain. I feel like Im losing part of myself. Slowly though, especially in the last weeks, I’ve found three things that work. There are specific ways to roll out muscle tension in your hips using a tennis ball, I now do some crazy “voodoo magic” as Tyler likes to call it, that my “very own personal physical therapist” Caity taught me, and Ive learned to stop sleeping coiled up like a snake. These three are the most helpful, and honestly if you want more info, I would be more than happy to help.

That very long story was all to say that the day we climbed Snowdon was one of the first nearly pain-free days I’ve had since September. I think it was an extra-large victory for me, as its been feeling more and more hopeless that I will ever be back to my usual nature-loving, marathon-running, mountian conquering self. But Snowdon gave me hope again, and yesterday I actually went for a run.

Snowdon is the first peak in our Three-Peak Challenge, where we will be attempting to climb the tallest peaks in Wales, England, and Scotland. (most people do this challenge in one day, but thats just insane.) Scotland and Ben Nevis is next for us!