England is a wonderful place. I’m still waiting for something to change my mind about that fact, because I don’t want to believe that I have overlooked this amazing place for so long, but so far, nothing has. My one complaint so far is that its windy.

Really windy. This picture was taken during Storm Imogen that brought 64 ft waves to the southwest coast. 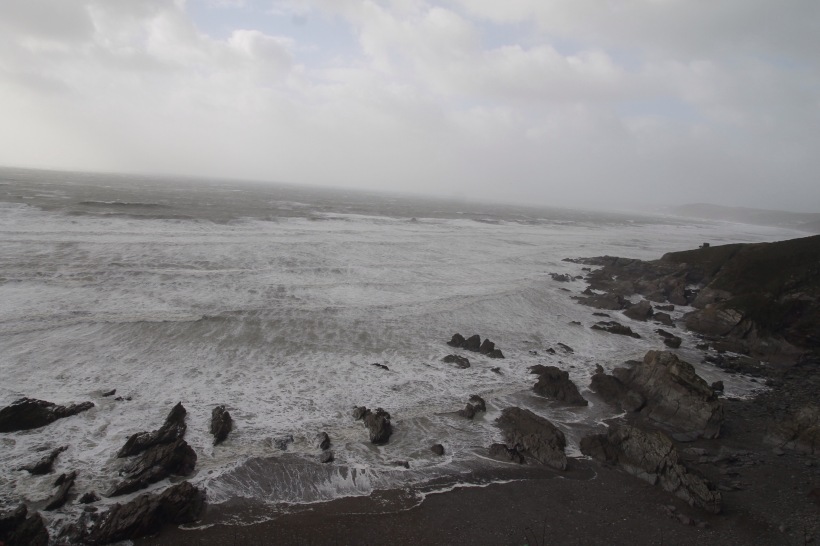 Other than the wind, which in my mind is an excellent excuse to almost never brush my hair, its unbelievable here. We took a train from St. Germans to Penzance (further to the south) last week, where we met up with one of our very fun and sweet co-workers, Julie. We spent a great day with her, a 2.5 mile walk from Penzance to Marazion (pronounced “Marazine”), and Cornish Pastys and a pint at the pub. We took the ferry over to St. Michaels Mount, which was an amazing experience.

The castle is built on an island which is accessible by a beautiful stone causeway when the tide goes out. The castle is currently inhabited by the family that has lived there since the 1620’s. This place looks exactly like Mont Saint-Michel (which also happens to mean St. Michaels mount) but is located in France. 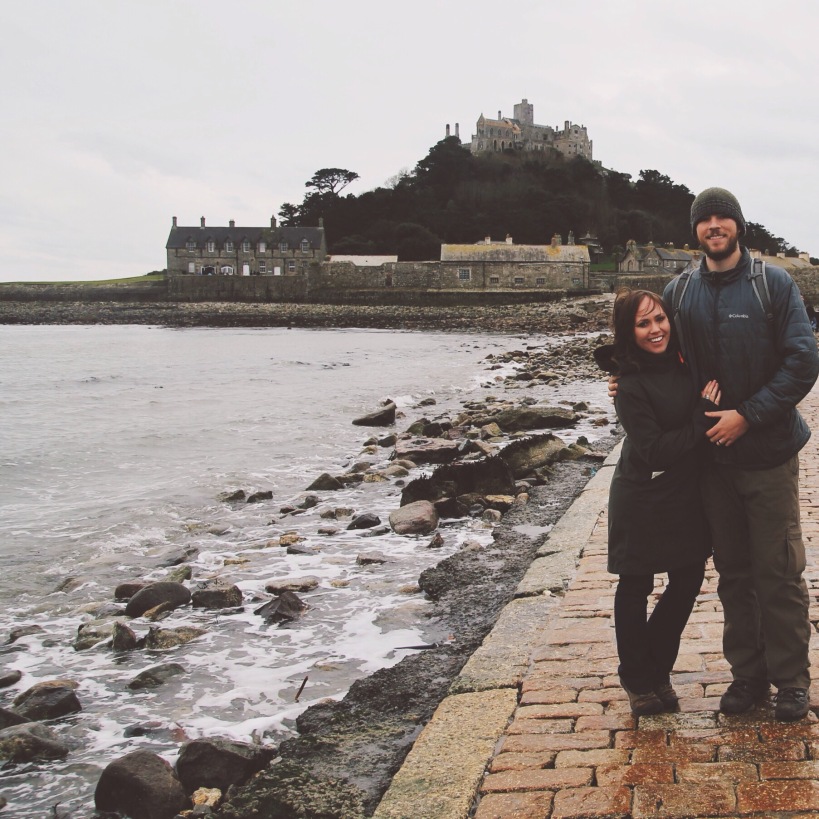 It was a beautiful day. From the castle, we could see Mousehole (pronounced “MOUSULL”, which frustrates me to no end). The way that things are prounounced here drives me crazy, but that will require its own post. This is about biscuits.

Ok, there is not one damn thing different between cookies and biscuits. BUT, I love that because I can eat digestives (a very yummy “biscuit” covered in chocolate) and call them biscuits, and even though I know thats not any better, it makes me feel just a little healthier. Shortbread cookies are now shortbread biscuits, sugar cookies are sugar biscuits, and I’m getting fat.